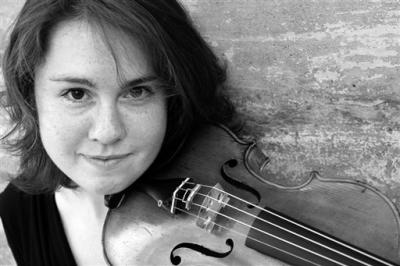 On an early June morning, a group throat singing session was scheduled in Chapin Hall at Williams College. Tuvan throat singing is a technique from the small Russion Republic of Tuva that involves actually manipulating the resonances create as air travels from the lungs, past the vocal chords, and out the lips, resulting in multiple tones at once.

“They sing at least two  notes at once, ” said Brad Wells, singer, conductor, and music educator at Williams, “It’s deceptive– they’re really singing one note, and then at the same time isolating overtones …So it tends to be a drone note and the movement of an upper note.”

The session was just one of many in preparation for an upcoming performance. The group pf eight classically trained vocalists was put together for a project called Roomful of Teeth, founded and directed by Wells, with the goal of developing new compositions of vocal practices from around the globe, creating a sort of “family reunion” of the full range of the human voice, according to the director. A three-week residency at Williams College and Mass MoCA this month officially kick off the ongoing project.

The singers will learn three diverse singing techniques — Tuvan throat singing, yodeling, and belting — from expert coaches and then work with composers to create new works incorporating these techniques. The residency will culminate in a work-in-progress concert at MoCA’s Club B-10 on Friday at 8 p.m.

“I called them last night at one of the houses– they were having a little dinner party– and somebody yelled out in the background: ‘I just throat sang this low note!’, so they were even doing it at dinner!” –Bradley Wells

“I am incredibly excited,” Wells said. “It’s coming together better than I anticipated even. And the singers are learning faster than I expected, they’re more patient when it doesn’t come fast than I thought, they get along incredibly well and they’re really phenomenal singers.”

Esteli Gomez, a soprano from Yale College, said that the throat singing was her favorite style out of the three because it was the most fun to listen to, but she admitted that it was probably the most difficult for her to learn. All of the singers kept sporadically practicing before the lesson began.

Two expert Tuvan throat coaches, Ayan-ool Sam and Sean Quirk, gave demonstrations. It soon became obvious why the vocalists were so fascinated with the style. The sound produced is a constant drone from deep withing, comparable to that of a bagpipe or Australian didgeridoo, with an upper tone dancing up and down on top, sounding as if it coming straight from the throat. With eyes closed and face completely still, Sam’s mouth made only the minutest of movements, making it seem like the sound was resonating from the stage walls rather than from himself.

Afterwards, ti was the singers’ turns to attempt to match the teacher. Avery Griffin, a  baritone from Manhattan, bravely took the hot-seat. With a look of intense concentration, he let out a sound surprisingly similar to that of the coach’s.

In fact, it was impressive how quickly all of the vocalists had learning the technique. When asked if the learning process was what they had expected, Virginia Warnken, an alto from New York, said that it was less daunting and a lot more fun that it had seemed before arriving. She added that her classical training has proven to be a double-edged sword, however. While it gives them an awareness of their instrument, it can also restrict trying to learn something new.

“These are hard techniques for sure,” Wells said. “The belting and throat singing are ways of actually manipulating and having the vocal chords approach each other that are different than the normal modes of singing, especially if you sing classical.”

Gayle Lockwood from Brigham Young University will teach belting, a technique which involves using muscle-coordination to create high-intensity sound. helping the singers to perfect their yodel — a form of singing in which an extended note rapidly changes in pitch between what are known as the “head voice” and the “chest voice” — will be renowned yodeler Kerry Christensen.

The next step is for the singers to meet with the composers. Judd Greenstein of the NOW Ensemble, as well as Rinde Eckert, finalist in the 2007 Pulitzer Prize for Drama, have been commissioned to create music specifically suited to these styles and singers. While Wells thinks there will be some technical difficulties in the writing process, he siad the process of actually conceiving works not for a determined set of instruments will be the real challenge.

“The singer becomes a little orchestra in itself, and each singer is different — one guy will be particularly good at certain types of yodeling but won’t be able to do all the throat singing, another guy won’t be able to do great yodeling but will be a really killer throat singer for where he is — so [the composers] will keep track of that and write for the individuals,” he said.

As this first phase of the project winds down, Wells plans to keep forging a completely new vocal repertoire and eventually to expand that to outside groups.

“We could imagine, say, a chamber choir at some university might want to perform a couple of the works, and we’d come in and do a little residency with them, coach them on the technique so that they can make the music work,” he said.

The singers are just as thrilled about the project and its future as their dedicated director.

“I called them last nigh at one of the houses, they were having a little dinner party,” said Wells, “and somebody yelled out in the background ‘I just throat sang this low note!’ so they were even doing it at dinner!”

When asked what attracted them to this music project, the singers answered in a chorus of excitement. Cameron Beauchamp, a bass from Boston, joked that it was the name of the project that attracted him.

Warnken agreed and added that the place definitely appealed to her.

Griffin chimed in that he was intrigued by the idea of creating a new repertoire and awareness of the human voice.

All agreed that, overall, the opportunity to explore and share something new is what lured them to participate.